However, a major downside with regular graphics cards is that the generated signal of the RAMDAC is not entirely user controllable, as VGA uses horizontal and vertical blanking, thus interrupting the signal. In comparison to competitor devices from DisplayLink, which resemble a classic graphics card with USB 2.0/3.0 interface, Fresco Logic took a different approach for their USB to VGA adapter, which they've also patented. Instead of having the framebuffer for the VGA DAC in the device itself, they use the memory of the host computer and continuously stream the display content via USB. This makes such adapters very cheap, as it essentialy reduces the adapter to a single chip without requiring framebuffer memory. The main drawback is that if the host CPU or USB bus is busy or congested, this results dropouts and flickering of the screen. 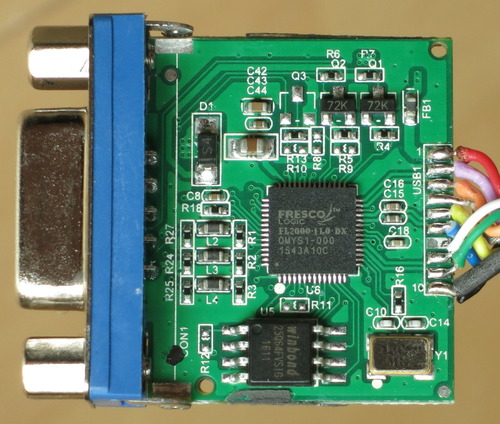 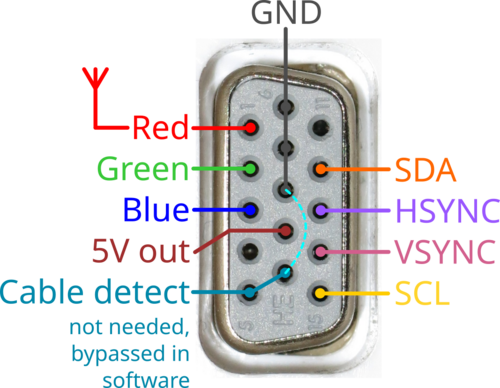 The SDR/DAC performance in Megasamples per second depends on the xHCI controller and the host computer. Below are some benchmarking results for your reference.

You can benchmark your USB host controller by running:

In this example, the system cannot deliver more than 157 MS/s to the device (*3 DAC channels = 471 MB/s). You can then run fl2k_test again with a sample rate lower than what was determined as maximum to see if it works stable and to determine your clock error.

If you are using USB 3.0 addon cards in older systems, especially in ExpressCard slots of notebooks, it often happens that the bottleneck is not the USB 3.0 host controller, but the PCI-E bus itself.
You can check this with the following command:

The important part is the LnkSta register: in this case the PCI Express link is running only with 2.5 GT/s instead of the full 5 GT/s required for maximum USB 3.0 speed.

Source code is available from git.osmocom.org

You need to install the following additional tools: 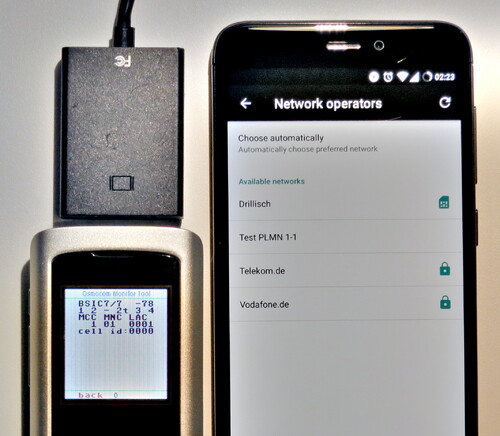 You have the following alternatives to broadcasting over the air:
Loading...
Add picture from clipboard (Maximum size: 48.8 MB)