This is another ODM phone model based on TI Calypso. Both K200i and K220i are identical, except that the K220i has an FM receiver. Interestingly enough, this one has more similarities with Pirelli DP-L10 than with SonyEricssonJ100i, so it's hard to tell who actually designed it for Sony Ericsson. It could have been Foxconn, the same people who designed Pirelli's foray into phones, which would explain the similarity.

Kudos to steve-m for adding support of this phone to the firmware: 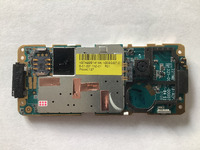 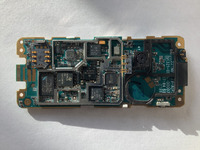 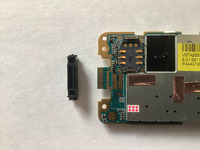 We don't have any schematics yet.

Similarly to Pirelli DP-L10, K200i has the boot ROM (see CalypsoRomloader) enabled. According to falconia, there is also SE's own loader, sitting at the beginning of the boot flash bank. This additional bootloader stage appears to provide its own UART interrupt-boot mechanism, possibly a replica of either familiar Calypso boot ROM protocol or perhaps the later Calypso+ secure boot one, and if no serial entry happens, this bootloader stage transfers control to the main firmware image at 0x20000. For more information, see https://www.freecalypso.org/hg/freecalypso-reveng/file/6c31d8c54ae4/se_k200i/boot-disasm.

Below are some notes related to the stock SE's firmware.

The following MMI codes were found in the firmware dump near the address 0x00223b40:

Updated by fixeria 2 months ago · 15 revisions